Finally I have permission to show you clock made of music record...and how it looks finished. Those who are following me from the start, read the post where I showed the sneak peak of my little and sweet project

When my father started renovating our family house,there were lots of things undiscovered,collecting dust. Among them were some old records which no one will ever listen. Don't worry,I saved a few of them worth saving.
We decided that nobody will need this record of Paloma Blanca (have YOU ever heard of them?)...and since my sister's room was in progress I suggested to make a wall clock out of it..as a present.
I had in mind from the start to put some Japanese inspired motif, as I know how much she loves the style.
Unfortunately, my father and his wife decided to decorate her room in totally different direction (while she was away)...so at least she has something she can carry with herself... 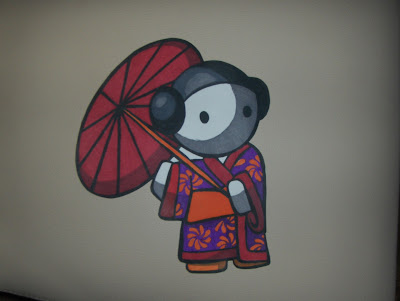 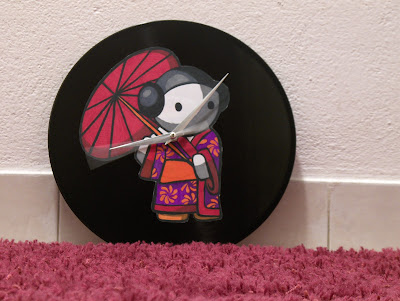 I waited this long to post the picture,because didn't want her to see it before she came back.. Finally!
Of course she loves it...

what do you guys think?I would love to hear from you... :)

Ознаке: accessories, DIY, good idea, how to, inspiration, my projects
Email ThisBlogThis!Share to TwitterShare to FacebookShare to Pinterest

Always love to know your thoughts. Thanks for sharing 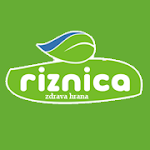 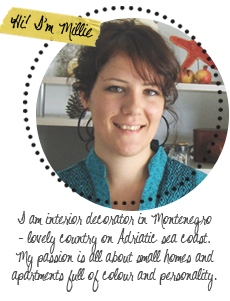 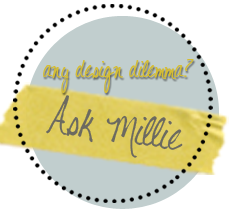 My name is Milijana, but friends call me Millie (meaning "dear" on my language). I'm 29yr old Montenegrian interior decorator and this is my blog... all about happy whimsical mix. It represents my style - a combination of vintage style furniture and designer pieces, handmade accents, a dash of fancy and lots of vibrant colors.
All I want is to share my inspiration with you and to help if you have any doubts in making your home lovely.
I'd love to know you, so please leave a comment, share your opinions.
Be inspired and come back any time